Live and learn with us in the heart of this inspiring city.

Cambridge is a world-famous centre of excellence for teaching, learning and culture. It is full of history, amazing architecture, museums, theatres, parks, gardens and restaurants. It is an outstanding place for our sixth form students to study.

Home to two universities, Cambridge is a small but cosmopolitan city with a lively student population. There’s always something going on, from music concerts to science and ideas festivals to free evening lectures from Cambridge academics.

Just 50 minutes from London by train, Cambridge is also one of the safest cities in the UK. It is small enough to be easily navigated by bike or on foot, and there are many traffic calmed areas   in the city, helping keep air pollution to a minimum.

The University of Cambridge is over 800 years old. Its colleges and buildings - such as the world-famous King’s College Chapel and the stunning architecture of Trinity College - are scattered throughout the city and provide a breathtaking backdrop for visitors and residents alike.

Many of the University’s  museums, libraries and buildings are open to visitors. The Fitzwilliam Museum, for example, offers free admission and houses antiquities from Ancient Egypt, Rome and Greece as well as modern masterpieces from the likes of Picasso and Monet.

The University also opens its doors to visitors once a year through the Open Cambridge initiative, giving members of the public an insight into Cambridge’s rich history and hidden treasures. 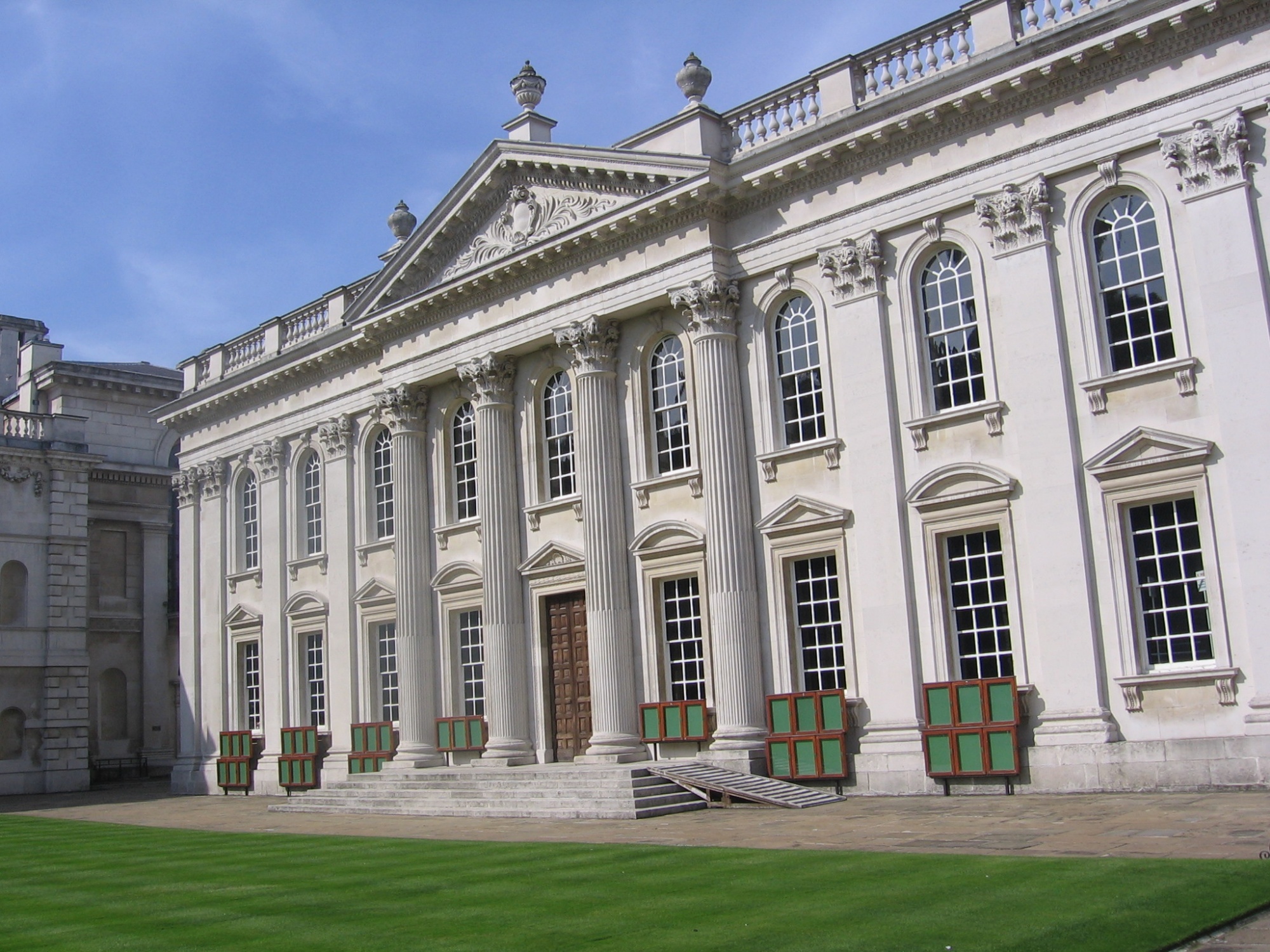 “Living in the centre of Cambridge provides opportunities to access the University of Cambridge facilities such as museums, talks, and library. It also provides the opportunity to participate in events such as the Festival of Science, Festival of Ideas and the Winter Wonderland Fair. I enjoyed going to these events as they have given me valuable knowledge and experience.”

Cambridge has helped to shape the world as we know it - from Sir Isaac Newton to the discovery of the structure of DNA by Crick and Watson. And to this day, innovation is a core part of the city’s identity, stretching far beyond academic research.

Cambridge is now an internationally acknowledged centre of excellence for technology and science. Arm, the world-leading semiconductor IP company, was founded in Cambridge by a dozen engineers - now employing thousands across the world, it still calls Cambridge home. Microsoft has also established a research centre in the technical hub of the city, and AstraZeneca has chosen Cambridge as its global HQ.

The annual Cambridge Festival, hosted by the University of Cambridge, offers more than 350 free events in science, health, society, and the environment staged in the spring months each year.

There’s always something going on in Cambridge, from theatre shows to live music.

Internationally renowned music, dance and theatre can be found at Cambridge’s biggest venues, including the Corn Exchange, the Junction, and the Cambridge Arts Theatre. You’ll also find a variety of smaller music and performance venues scattered across Cambridge that promote local talent and focus on specific genres.

Cambridge is also host to many festivals and celebrations throughout the year, such as the Cambridge Folk Festival, Film Festival and Jazz Festival.

Cambridge is arguably one of the best shopping destinations outside of London, with a wonderful choice of independent shops and chic cafes sitting alongside designer names and fine dining restaurants.

The main shopping centre, the Grand Arcade, is full of big brands including Apple, Raspberry Pi and John Lewis. From there, you can head into the bustling market full of local food and wares.

Explore Cambridge’s cobbled streets to discover the city’s hidden treasures, from vintage clothing shops to the board games basement at Heffers bookstore.

If you’re hungry, there’s something for everyone - you’ll find an array of artisan coffee houses and food to suit any taste, from tapas to Thai street food.

Sports in the city

Cambridge is the perfect place to get active. There are plenty of accessible tennis courts in the city as well as indoor and outdoor swimming pools. There are also rowing clubs open to all, and even a climbing wall at Kelsey Kerridge sports centre - most activities are easily accessed in the city.

Cambridge is a very green city, and has a wonderfully unique and relaxing atmosphere. There are plenty of peaceful spots to read and relax, and bigger parks such as Parker’s Piece that are perfect for kicking a ball around or joining a weekend sports team.

Punting along the river Cam is a deservedly famous activity. It gives you the chance to see some of the University’s most beautiful bridges and buildings, and look at the city from a different perspective. You can even punt to nearby village Grantchester and enjoy its tea rooms, or choose to join an evening ‘Bat Safari’!

And just around the corner from our campus is the Cambridge University Botanic Garden, a peaceful haven of plants and greenery. 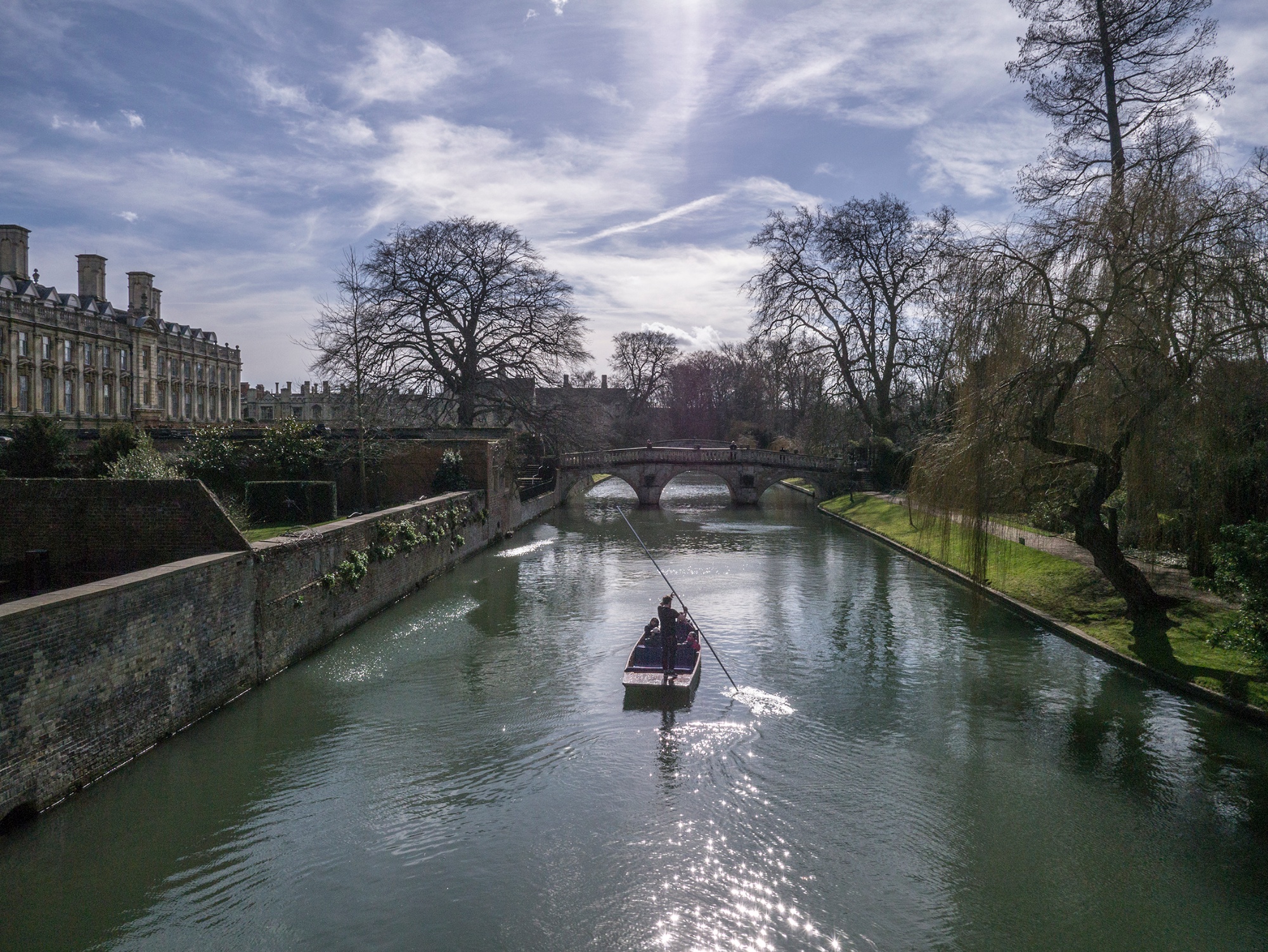 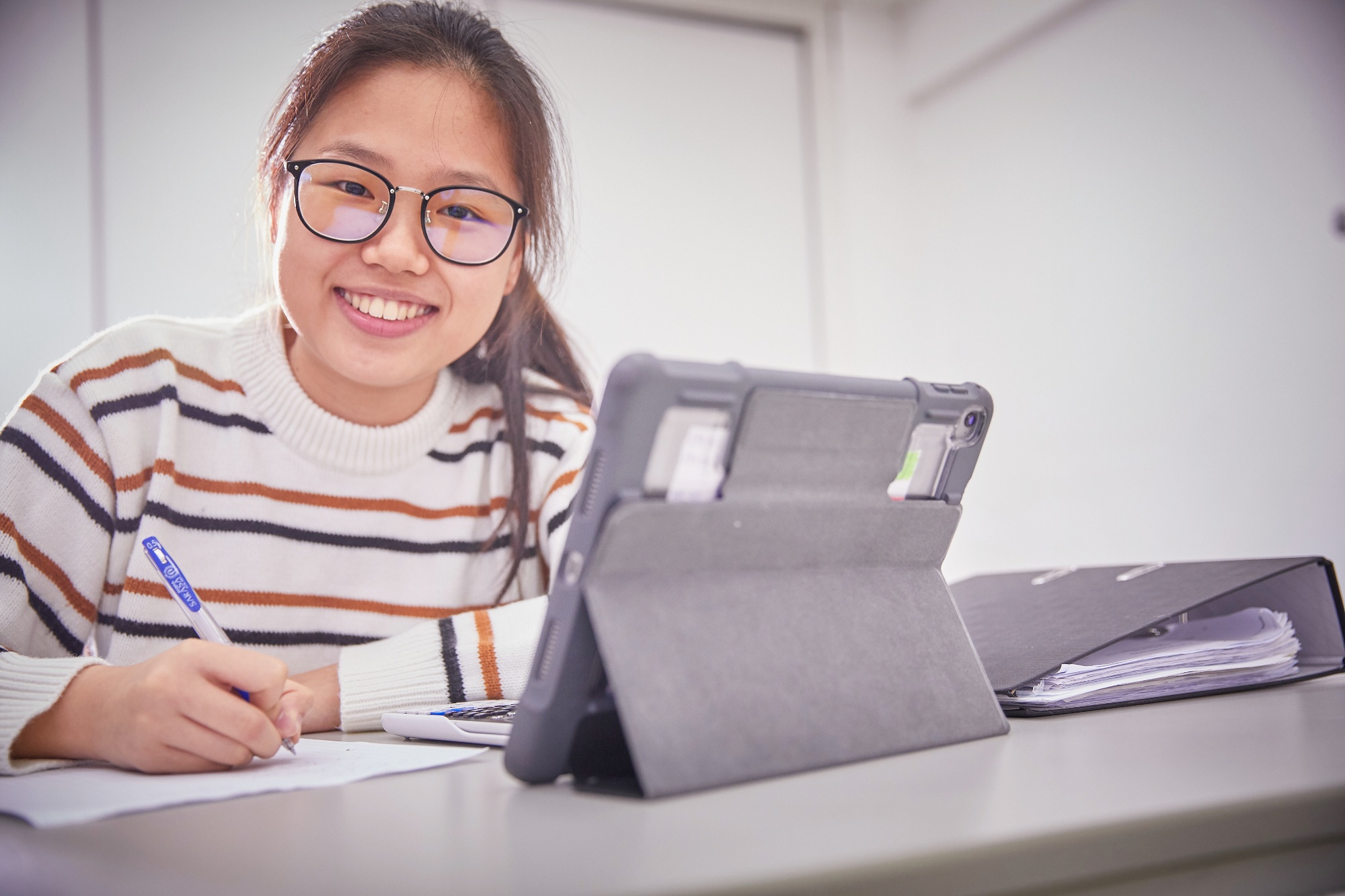 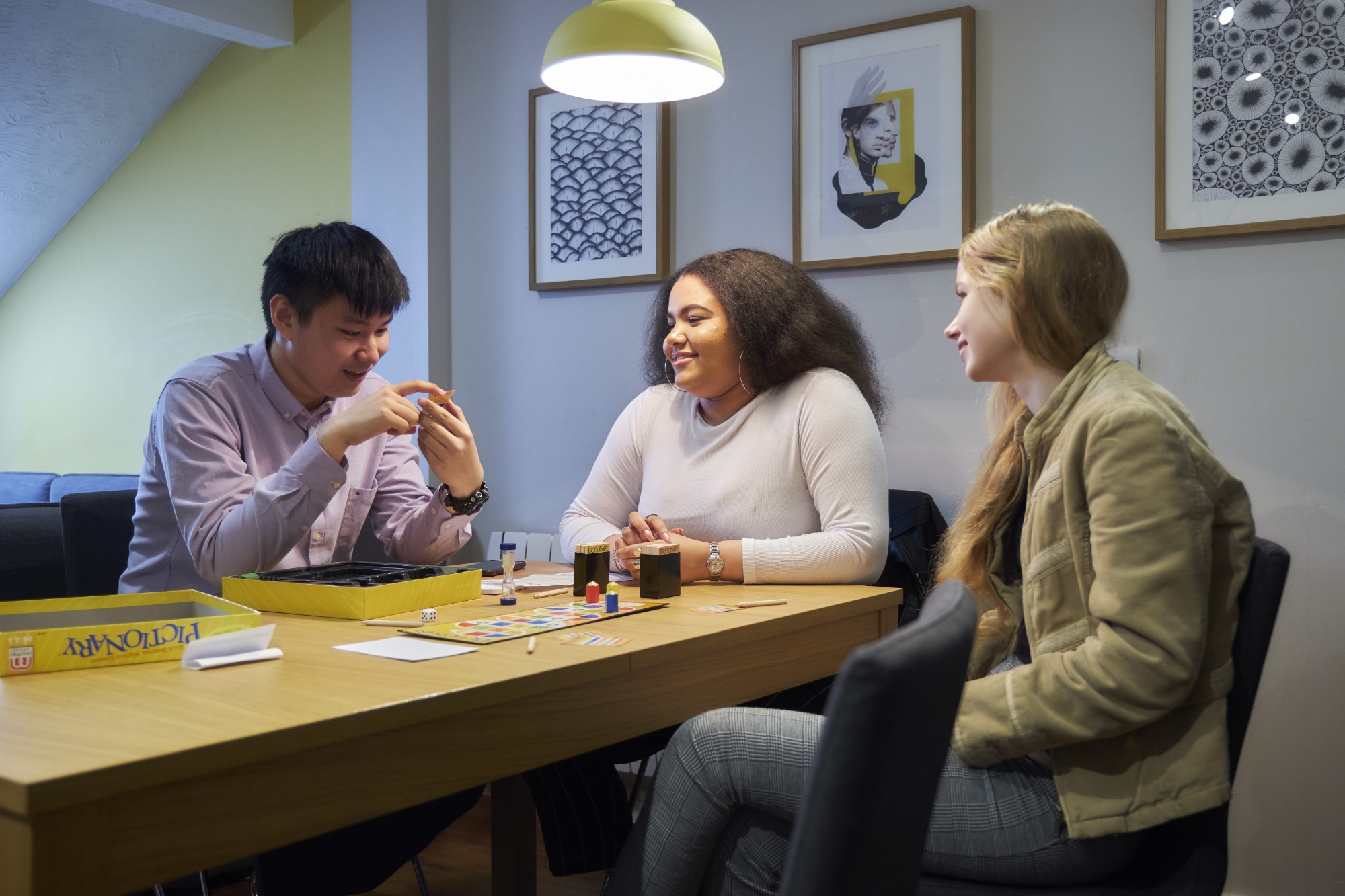 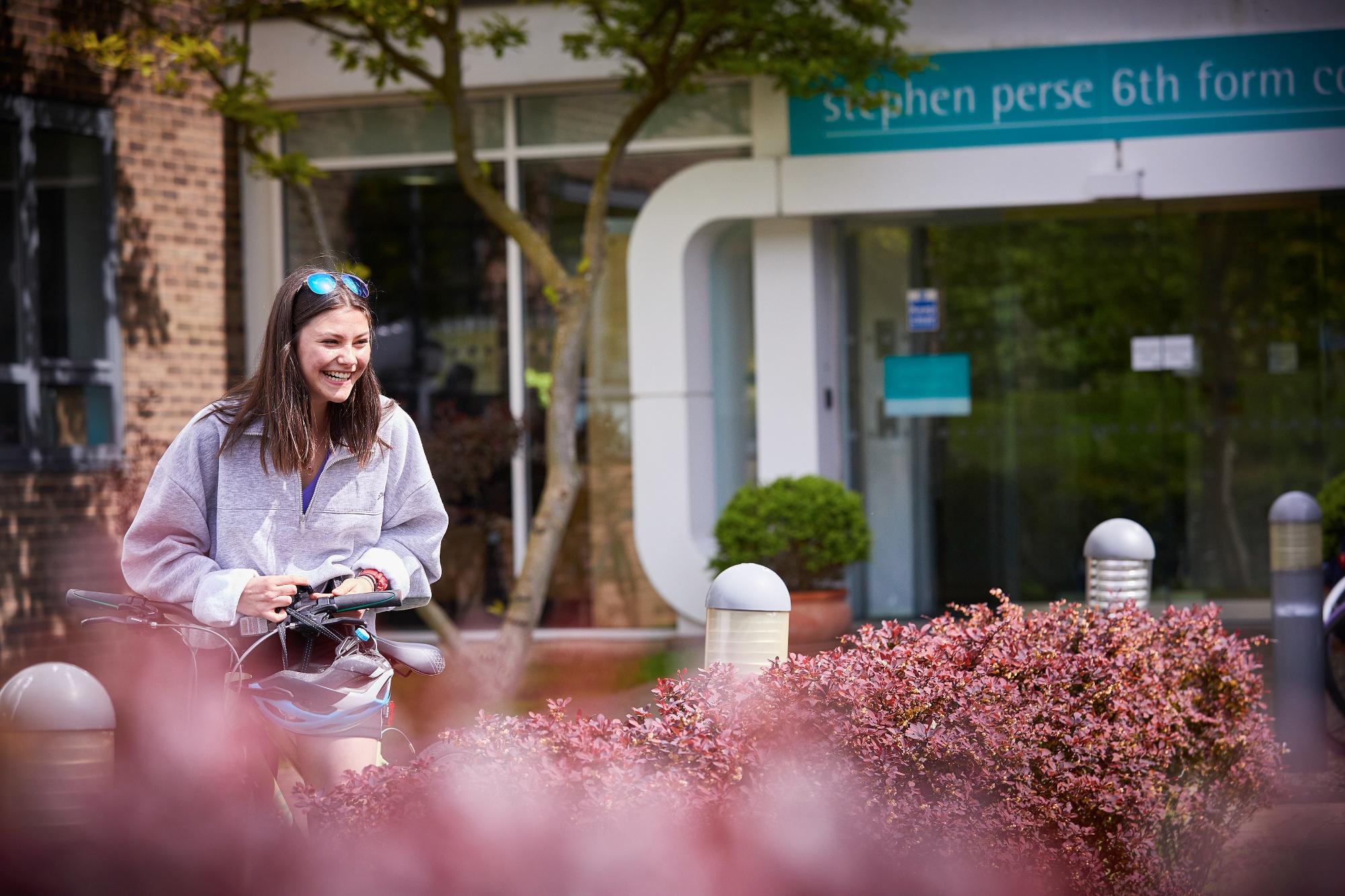