Global news reporting - all in a day's work 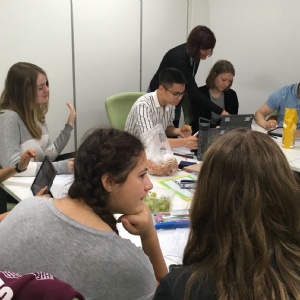 Each year, Year 12 linguists at the Stephen Perse 6th Form take part in a unique Languages News Day, which challenges them to apply language skills to the fast-paced world of global journalism.

The 2017 Languages News Day provided Year 12 linguists with a fresh challenge. In previous years, students have produced a newspaper, a website and an iBook. This year, students were invited to produce a complete news programme, reporting topical news from around the globe - in just one day. 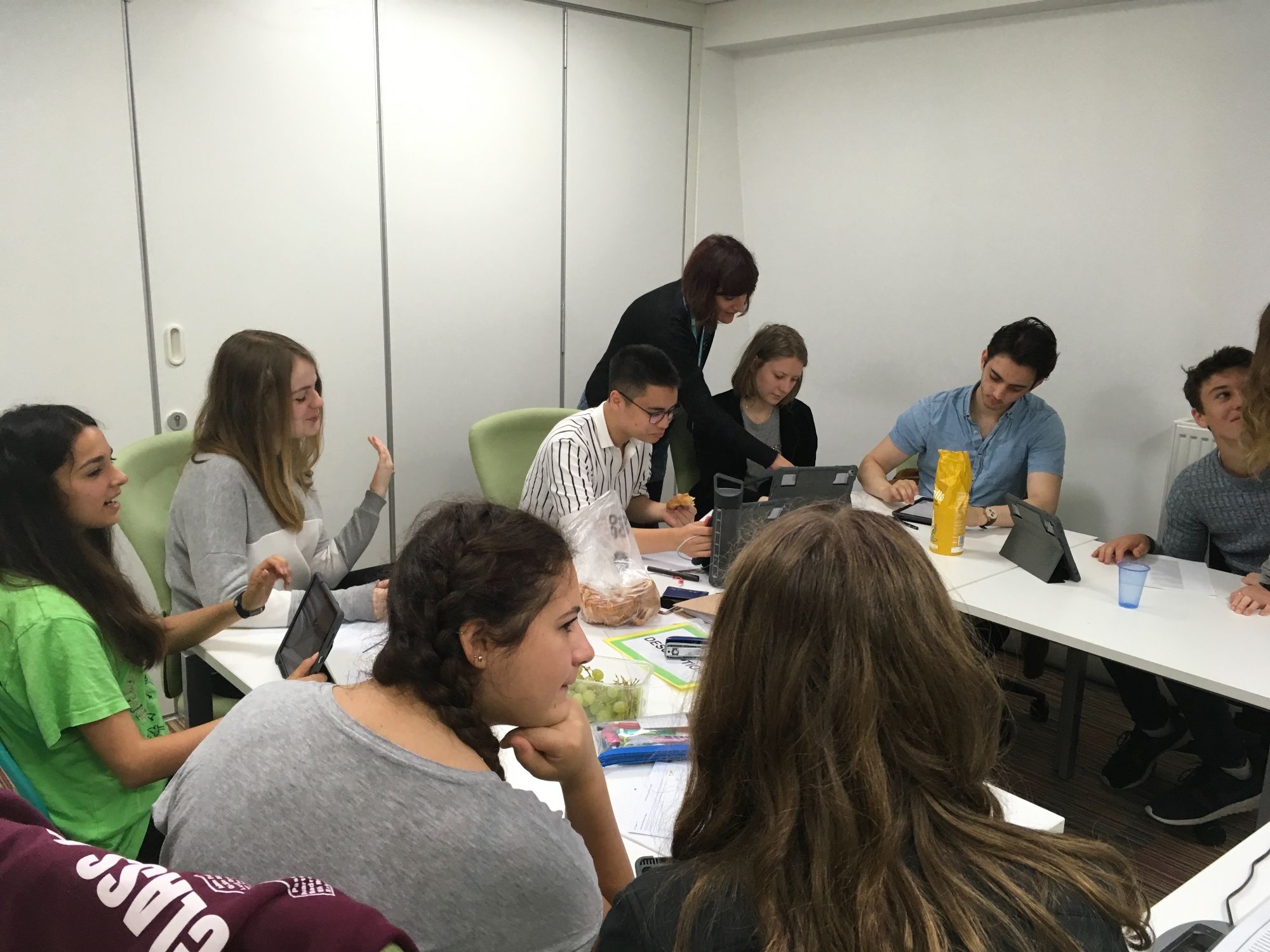 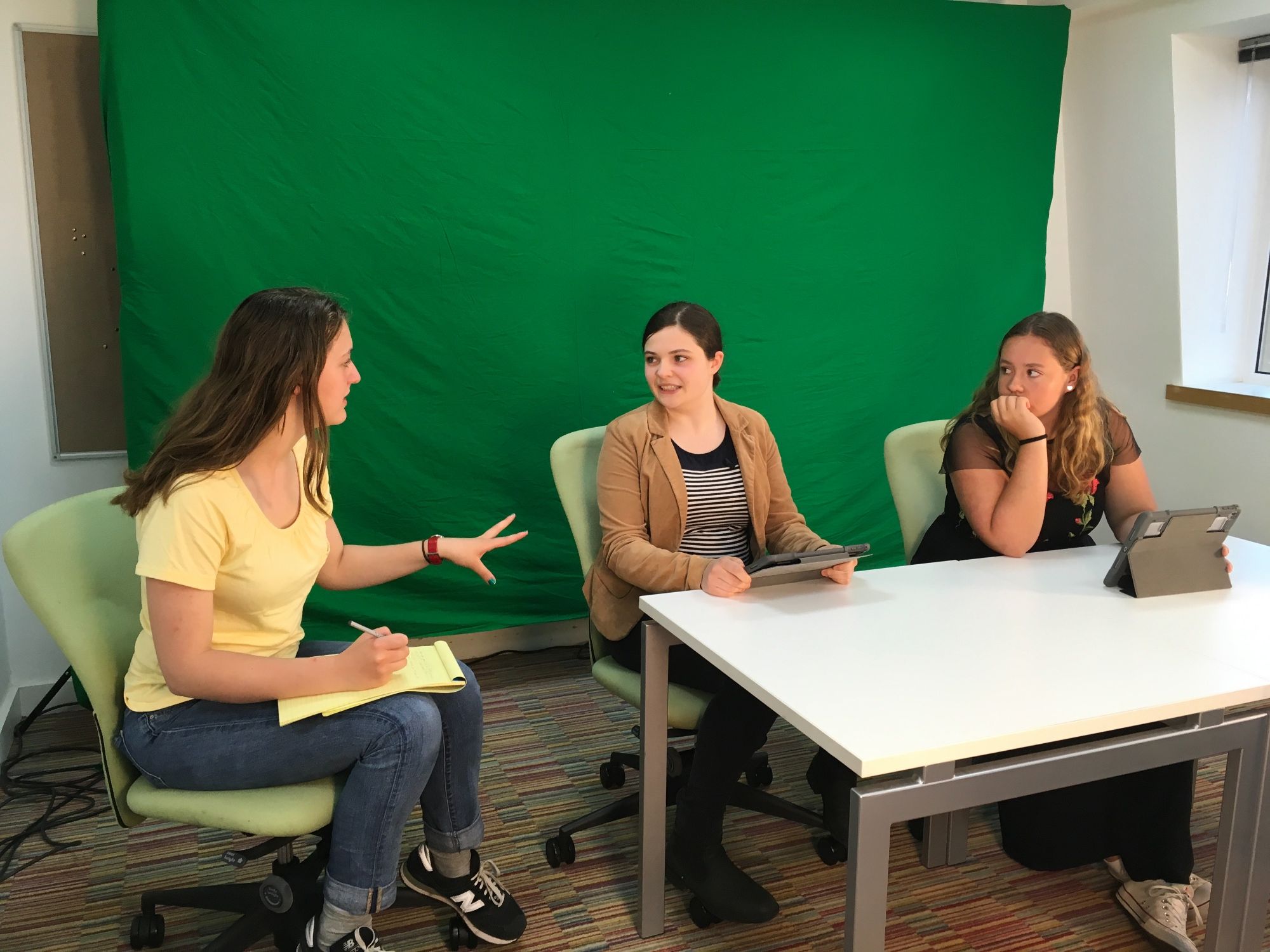 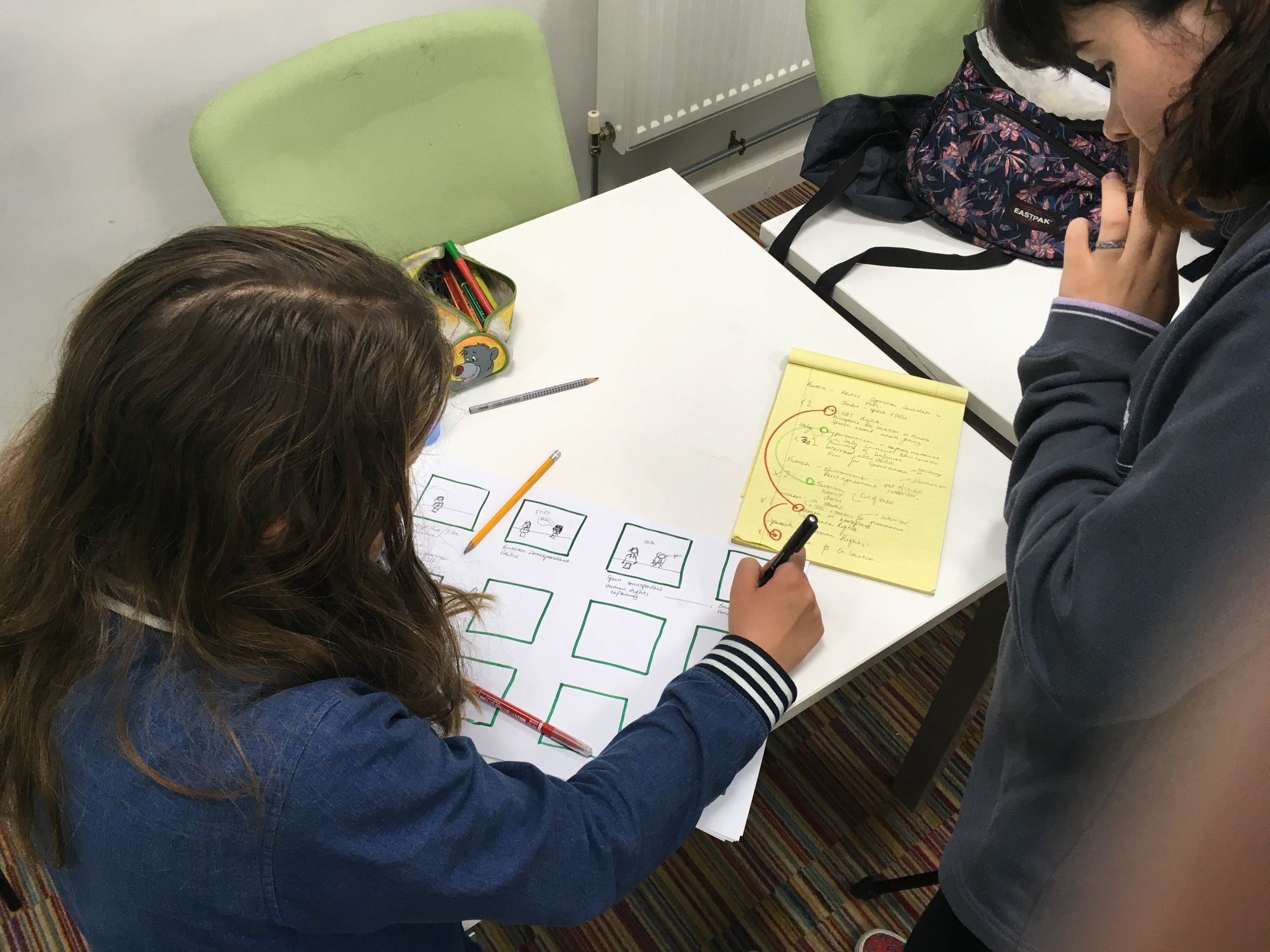 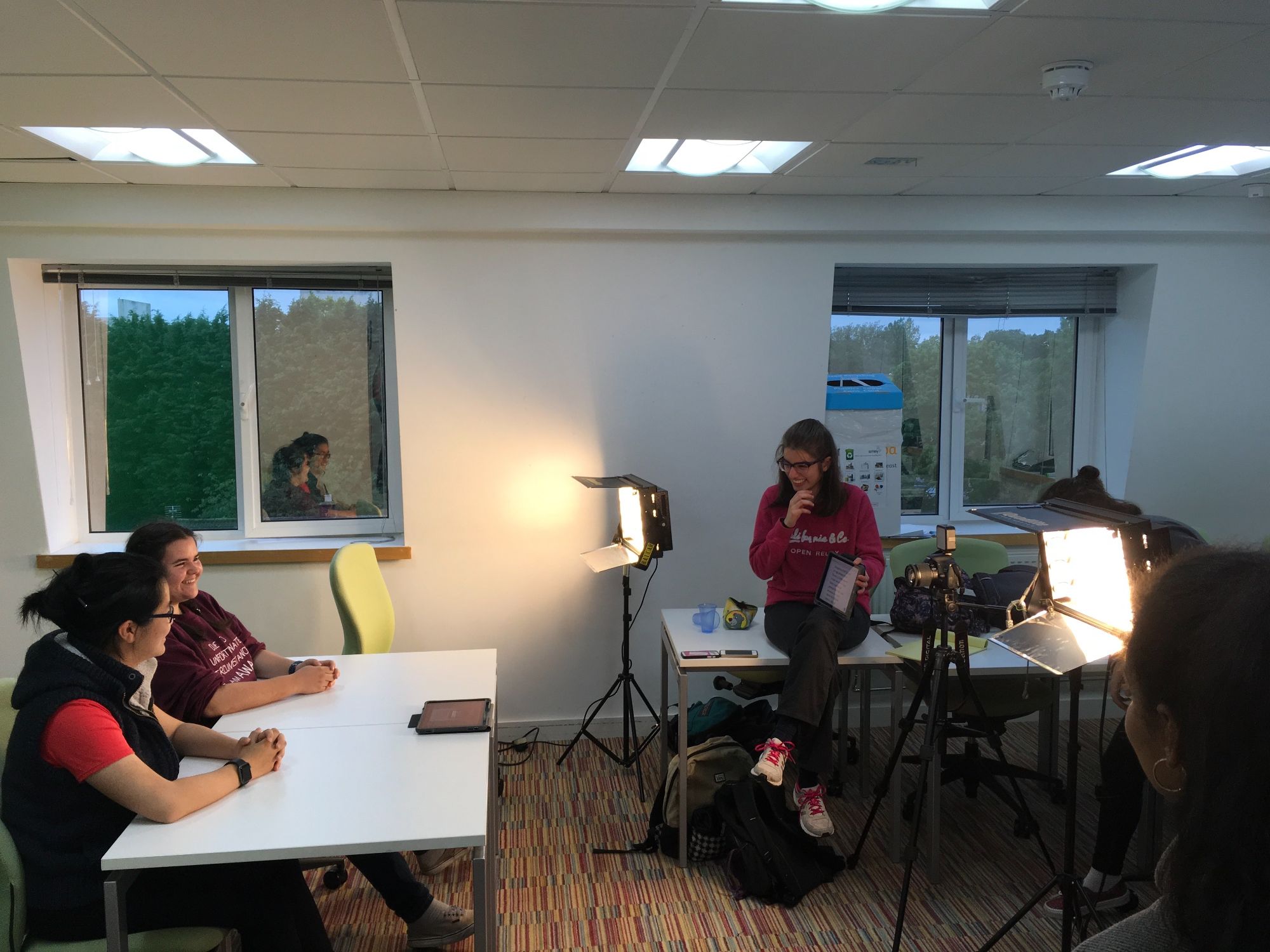 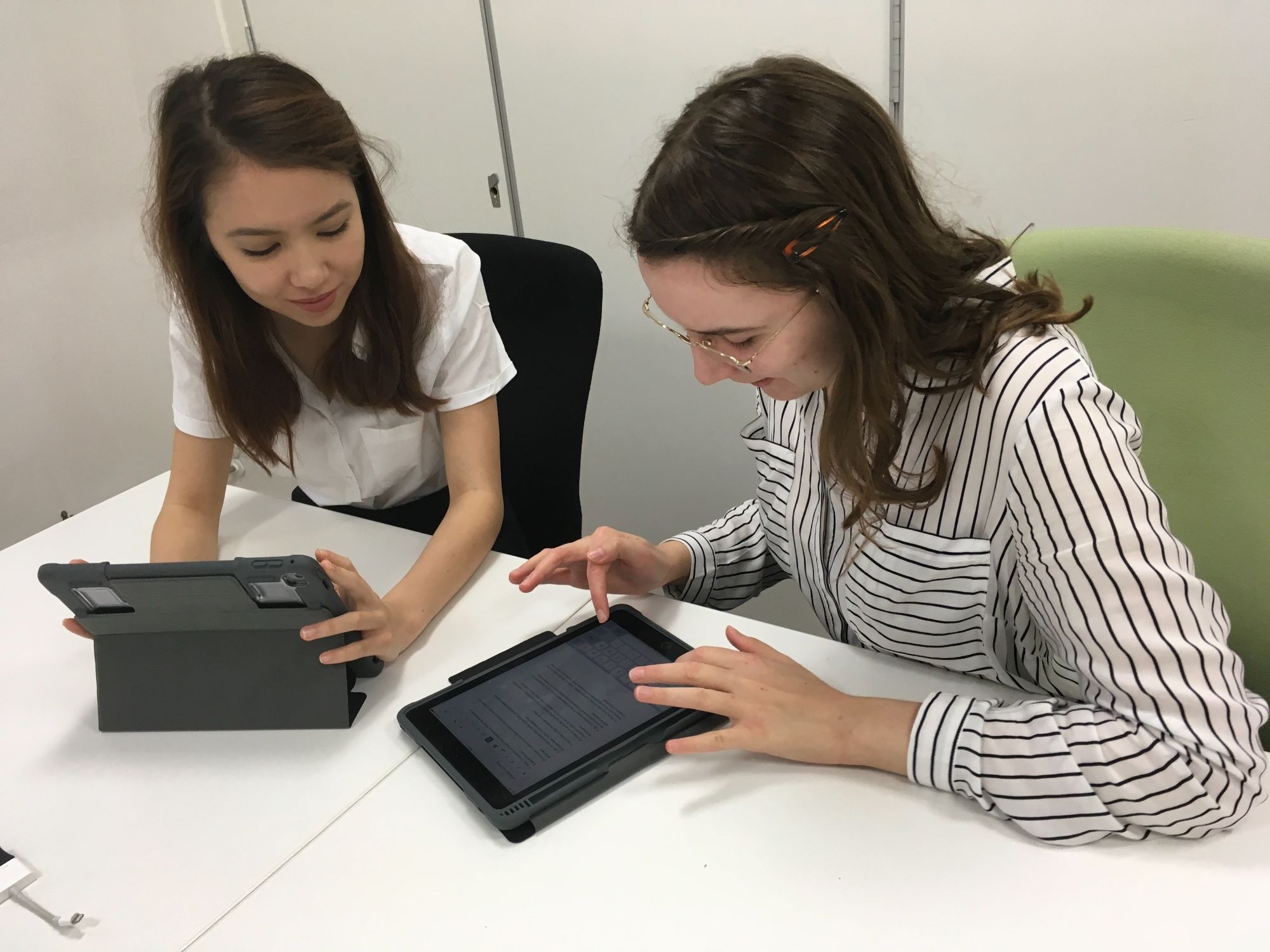 The challenge brought together linguists studying for both A Levels and the International Baccalaureate qualifications, with teams led by Saskia for French, Eva for Spanish, Izzy for German, Rachel and Ying for Russian, Sam and Karen for Italian. Tasks included writing transcripts, practising content and then capturing it on film - all within a tight 'newsroom' deadline.

The day required wider media skills, including direction from Kirsty and filming by Clara, in a temporary recording studio - set up with help from Mr Whyte and Mr Keeble.

Claudia Freeman, Head of Modern Foreign Languages and German at the Stephen Perse Foundation reflected on the day: "Our students certainly threw themselves into the challenge and showed how well they can work under pressure. It was a perfect way to bring their written and spoken language skills together at the end of their first year of 6th Form studies."

As well as fulfilling the role of Director, Kirsty also undertook the mammoth task of editing the film to its final state - combining her linguistic and digital art skills in one project.

Take a look at the finished result: