The pros and cons of the school uniform 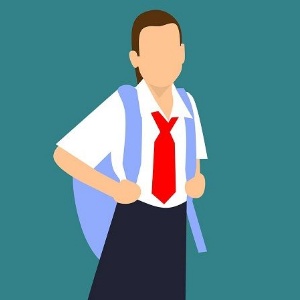 The school uniform market is big business in the UK. A recent summary report estimated the sector to be worth £450 million annually. There may be no legislation regarding the use of school uniforms in primary and secondary education, but the vast majority of UK schools choose to enforce uniform policies on their pupils. This has made the school uniform an integral part of British culture. In the United States, schools take a much more relaxed approach, with uniforms in public schools virtually unheard of.

Although they’ve been detested by many pupils past and present, there are in fact a number of pros and cons associated with wearing a school uniform. Here, we discuss the advantages and disadvantages of wearing school uniform so you can make your mind up on the matter for yourself.

A sense of camaraderie

There’s no getting away from it, attending school, college, or another organisation means you’re a part of something. For many, a uniform enforces this camaraderie, offering solidarity in appearance if nothing else. It’s not just seen in schools, either. Most companies enforce uniform rules on their workers to show that each individual is a part of an organisation. Whether at school or within the workplace, a uniform can act as an identity, which is shared not just in the immediate environment but throughout the community. When issues do arise, a uniform can also help to identify specific pupils, with those lost or playing truant easily distinguishable.

Self-expression is everything, particularly during those poignant teenage years. While you’re still getting to grips with who you are as you enter college, university, or even the wider world of work, having another avenue to express your creativity can never hurt. A number of people choose to express themselves through what they wear, making the school uniform an unpopular choice for many.

Individuality is the first thing that tends to suffer with the imposition of strict uniform rules. There are other ways in which students can express themselves though, and gain more confidence as a result.

Ensuring you have all the skills you need to concentrate at school is a real learning curve. Limiting distractions within the immediate environment is a great step in the right direction. According to this blog post from The Guardian wearing a school uniform eliminates one such interference:

“Some people believe that a school uniform can improve learning by reducing distraction, sharpening focus on schoolwork and making the classroom a more serious environment, allowing students to perform better academically.”

Save time in the morning and money

Most primary and secondary school pupils have to battle against peer pressure. A uniform provides a vital defence against the burden children face regarding what clothes they wear. You don’t have the dilemma of deciding what to wear when wearing a uniform for school. Getting ready for school is made more of a breeze when wearing a school uniform, easing morning routines and reducing anxiety for both students and parents alike.

Everyone likes to complain about the cost of school uniform, but wearing one is actually a cheaper alternative, particularly when compared with the brand-heavy, trendy and expensive clothes donned by today’s children and young people. The pressure to buy children the best clothes is something every parent has to deal with. Thanks to school uniform - however, parents don’t have to shell out extra cash for term-time threads.