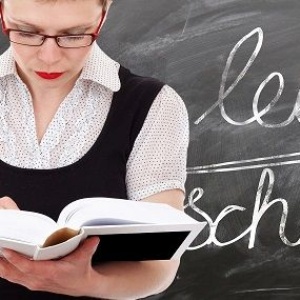 Teaching styles have changed significantly over the years. The traditional way that education was delivered was through recitation and memorisation techniques, whereas the modern way of doing things involves interactive methods.

The back-to-basics traditional education method, also known as conventional education, is still widely used in schools. The old-fashioned way of teaching was all about recitation, for example students would sit in silence, while one student after another would take it in turns to recite the lesson, until each one had been called upon. The teacher would listen to each student’s recitation, and they were expected to study and memorise the assignments. At the end of the module a written test or oral examination would be conducted; this process was called an Assignment Study Recitation Test.

The way in which traditional methods were taught ensured that students were rewarded for their efforts, used class periods efficiently and exercised clear rules to manage students’ behaviour. They were based on established customs that had been used successfully in schools over many years. The teachers communicated the knowledge and enforced standards of behaviour.

Education reforms mean that learning is taught from a completely different angle. Progressive educational practices focus more on the individual student's needs rather than assuming all students are at the same level of understanding. The modern way of teaching is more activity based, using questioning, explaining, demonstration and collaboration techniques.

One modern method is spaced learning, this is when students are encouraged to quickly switch through activities, for example; providing 10 minutes of knowledge on a subject with a PowerPoint presentation and then having 15 minutes of sport. The aim of spaced learning is to achieve better grades, and it works! It is claimed that this is a more effective than teaching students by traditional methods for four hours, thus helping the brain cells to create connections that they need to remember knowledge. It also helps people relax.

Sonia Jackson who wrote an interesting blog post about modern teaching methods for Getting Smart states: “The traditional “chalk and talk” method of teaching that’s persisted for hundreds of years is now acquiring inferior results when compared with the more modern and revolutionary teaching methods that are available for use in schools today. Greater student interaction is encouraged, the boundaries of authority are being broken down, and a focus on enjoyment over grades is emphasised.”

Because traditional techniques used repetition and memorisation of information to educate students, it meant that they were not developing their critical thinking, problem solving and decision-making skills. Modern learning encourages students to collaborate and therefore be more productive. Saying that, traditional and modern teaching methods are both effective and useful in today’s education. Sarah Wright, who blogs for TES, explains, “As with most things, it’s all about balance. We need to understand when a traditional method works best and when it’s right to try new and innovative approaches.”