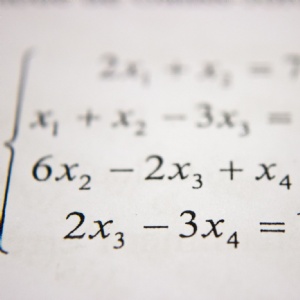 On Tuesday 3 December sixth form students Sunny, Norrie, Charlotte H and Charlotte L competed in the regional final of the Senior Team Maths Challenge (STMC). The STMC tests mathematical, communication and teamwork skills and students compete against teams from other schools and colleges from their region.

The students worked together as a team through three different rounds. Firstly a group round where they collaboratively worked on a set of 10 questions, followed by a crossword round which they worked on in pairs. Finally there was a relay round in which they worked in pairs, having to pass the answers between each other.

The scores for these three rounds were subsequently added up to provide an overall score. It was very fast-paced and an exhilarating experience for all concerned.

They came an impressive fifth place out of over 30 teams - well done!